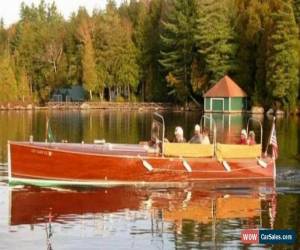 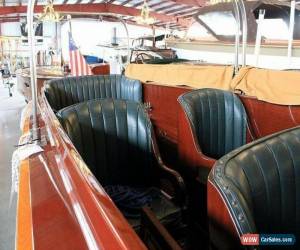 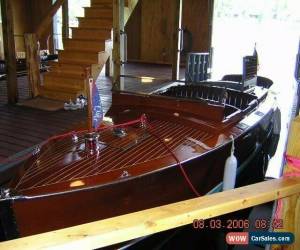 1918 Ditchburn Launch 30 foot Mint Restoration Antique Wooden Boat. Condition is Used. This early example of Ditchburn Launch was built in Gravenhurst over the Winter of 1918. She was first used Family Launch and later used as livery boat and water taxi. It is rare example of the early narrow beam displacement launches and and cruised along nicely at 18-25 MPH with its Kermath Sea Rover dual ignition cylinder engine. It was fully restored in 1986 and has been well maintained and kept up. Ditchburn boats are highly regarded as some of the finest boats to come out of Canada and revered for their craftsmanship. The boat has been featured in numerous books and publications and has been dramatically reduced.Vessel Name:Ditchburn LaunchBuilder:DITCHBURNModel Year:1918Year Built:1918Category:RunaboutCountry:United StatesMLS #:261509AccomodationsDimensionsLength:30' (9.14m)Beam:5' 6" (1.68m)Engine 1Manufacturer:KermathModel:6 Cylinder